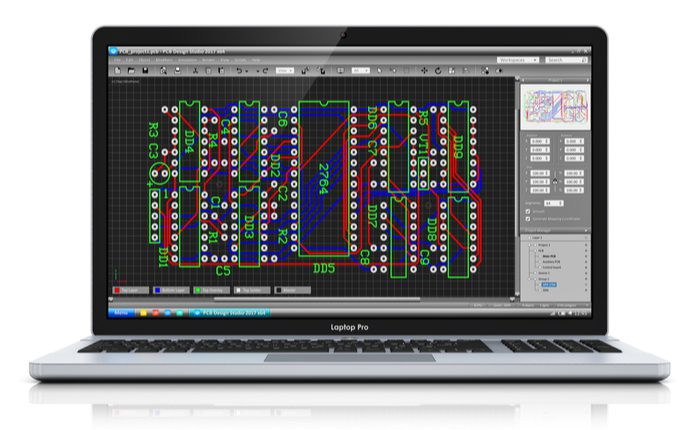 Computer-aided design, or CAD, has been around since the 1960s, largely thanks to a French engineer named Pierre Bezier. Math nerds know him better for Bezier curves, which are the backbone of calculating points in CAD. CAD programs have always been a great help to electronics manufacturers, but their capabilities have changed quite a bit over the years. That also means the responsibilities of a CAD librarian have changed with the times, and some engineers don’t think CAD librarians are as relevant as they used to be. There isn’t a single answer for an abstract question like that, of course, but looking at what CAD librarians do today might offer an answer.

What is a CAD Librarian?

In simple terms, a CAD librarian is someone who creates and maintains libraries of models used in computer-aided design. Being a CAD librarian is a multidisciplinary job, requiring mathematical skills, materials knowledge, programming expertise, and spatial reasoning.

How Have CAD Librarians Changed?

The user interfaces of modern CAD software are quite different from the first prototypes that appeared in the 1970s. The limits of hardware and software in the days of early CAD required librarians and engineers to expend much more physical energy in creating components and libraries. Although CAD was first developed in the 1960s, the first graphical interface wasn’t built until the 1970s. Even then, that graphical interface required engineers to literally draw on a CRT monitor. It wasn’t as precise as modern systems, and drawing on a monitor was a skill that took a great deal of practice to master. They needed to do a lot of math by hand, and creating a single component could take a long time.

Modern CAD librarians wouldn’t think of drawing on a monitor to design electronics. They can design components in 2 and 3 dimensions with ease. Geometry and trigonometry are still essential skills, but many of the complex calculations are handled by the new generations of modeling software. Modern software includes calculations that would be almost impossible to do by hand in a reasonable amount of time, such as parametric modeling. This creates more precision in CAD models, allowing for more efficient electronics.

Will CAD Librarians Become Obsolete or Are They Now?

The short answer is no, CAD librarians are obviously not obsolete. There are job postings for them in 2020, and it’s more than likely there will be more. As long as there is a need for electronics components of any kind, there will be a need for CAD librarians. Since there are many open-source CAD software suites in the 2010s, interested engineers have more opportunities than ever to learn the craft.

The long answer is yes, some CAD librarians are obsolete. But, this might not be in the way you think. The way a CAD librarian does their job depends entirely on the resources they have available to them at the time. CAD librarians of every era need the same multidisciplinary skills, but the skills one generation of librarians need might not translate to the next. As mentioned earlier, CAD in the 1970s was akin to art when librarians had to draw on monitors. Once that wasn’t necessary anymore, that skill became obsolete, and any CAD librarian who relied solely on that skill probably would have become obsolete with it.

A similar situation occurred with the advent of 3D CAD; there were designers who were skilled at creating detailed 3D component sketches, but their skills were no longer necessary once software became better. The advance of technology doesn’t mean the previous skills were worthless — far from it — but it reflects how quickly the state of technology can change. A CAD librarian may lose the opportunity to use certain skills as time goes on, but as long as they have their core skill set and are willing to evolve with technology, there’s no reason they can’t keep making great contributions to electronics.

Ultra Librarian provides CAD librarians with a wide variety of models, so they can help designers design electronics quickly and reliably. Working with Ultra Librarian takes the busy work out of design and lets librarians engage the creative spirit that has pushed electronics forward for decades. Register today for free!