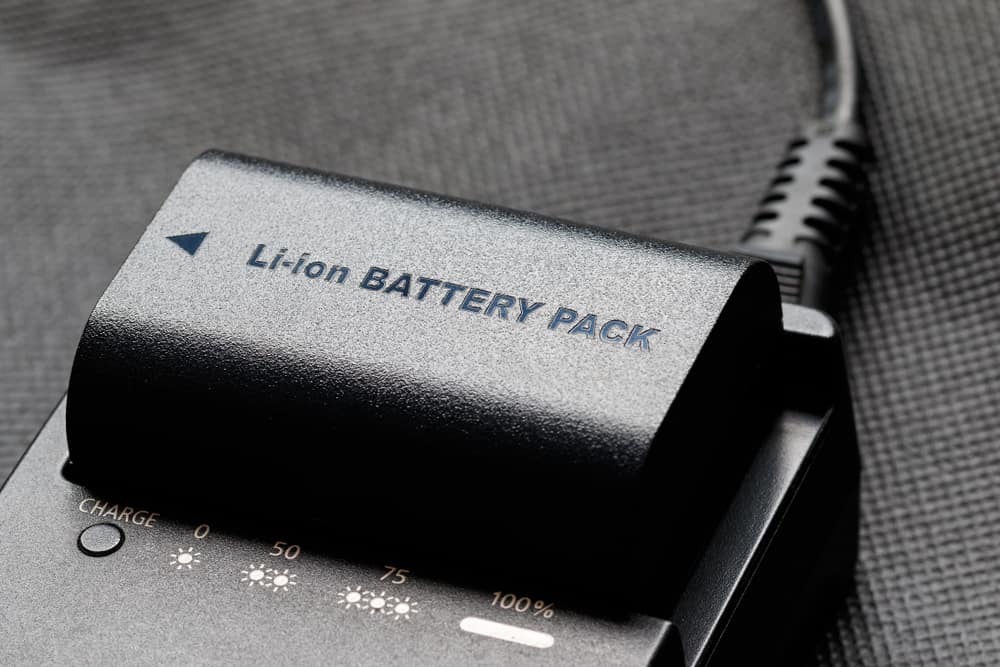 Small electronics which run on batteries may not use much power, but they will eventually need to be charged. The main power source and storage device used in many electronic products is a Li-ion battery, which could be a small coin cell or a LiPo pouch cell. Whether the form factor of these batteries, charging needs to be carefully controlled to prevent overcharging, which will reduce the battery’s lifetime.

To provide control over the charging rate and state of charge in a single-cell battery, designers should use a charge management circuit to measure the output charging current or voltage and adjust these to within safe values as needed. One older component which has proven reliable over time is the MCP73831 from Microchip. Keep reading to see what’s in the MCP73831 datasheet and learn more about how this component operates.

The MCP73831 is a small charge management component which is designed to work with a single Li-ion cell. A small number of additional components are needed to implement a basic application circuit, mainly resistors, and capacitors which operate reliably at the input DC voltage. The MCP73831 datasheet contains a basic application circuit for implementing up to 500 mA charging current for a single Li-ion cell (see below). 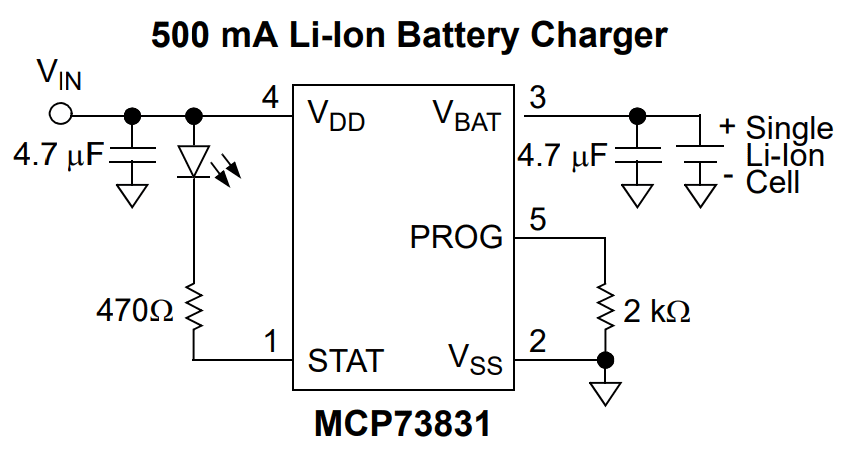 This component has a simple mode of operation: it effectively functions as a linear regulator which limits the charging current at constant voltage to a defined value needed to charge the battery on the output side. As shown above, the regulated output current is selected using the PROG pin with a resistor to VSS. The voltage output is also selected from among variants of the MCP73831 with four available options (4.2, 4.35, 4.4, or 4.5 V, MCP7383X-2 to 5, respectively), allowing this component to be used with future battery chemistries as they reach the market. An internal algorithm is used to regulate the output current at constant voltage without needing an external feedback loop or over-temperature protection, making this component easy to implement and use.

The table below shows the basic specifications, packaging data, and features of the MCP73831.

Finally, the LED and series resistor between pins 4 and 1 are used as a status indicator; these are optional on the MCP73831. The STAT pin on the MCP73831 will assert three possible states, which will change the brightness of the LED in this loop. A variant of this component, the MCP73832, uses an open-drain output with a single state on the status line rather than a tri-state output. An alternative use of this pin is as a sense indicator on an MCU or other system controller; it can logically indicate the approximate state of charge, which could then be used to enable or disable the MCP73831 circuit based on custom logical conditions.

When a system needs to have multiple batteries in series or parallel strands, a single charge management controller can no longer distribute charge into the cell arrangement. There are three main reasons an alternative approach is needed:

The MCP73831 is only designed to accommodate a single Li-ion cell, so an alternative approach is needed when designing a charging system for multiple cells. In these larger battery arrangements, a technique called charge balancing is needed to control the charging current into each cell. The goal is to ensure the cells in a multi-cell battery pack have the same state of charge by adjusting the charging and discharging current.

Although this could be implemented in a complicated circuit with a microcontroller and multiple MCP73831 charge management controller ICs, a better option is to use a single charge balance controller. Charge balancer ICs can accommodate groups of batteries in series, parallel, or in combinations. These components continuously measure the voltage and state of charge in each cell, and they adjust the charging/discharge current such the cells have nearly the same state of charge during charging and operation.

One option from Microchip is the ATA6870, a charge balance controller which can accommodate up to 6 cells. In addition, these components can be addressed and daisy chained with up to 16 ICs (96 cells) any arrangement to provide charge control in larger battery packs. Smaller MCU chips can also be used as intermediate controllers, as shown in the example below. 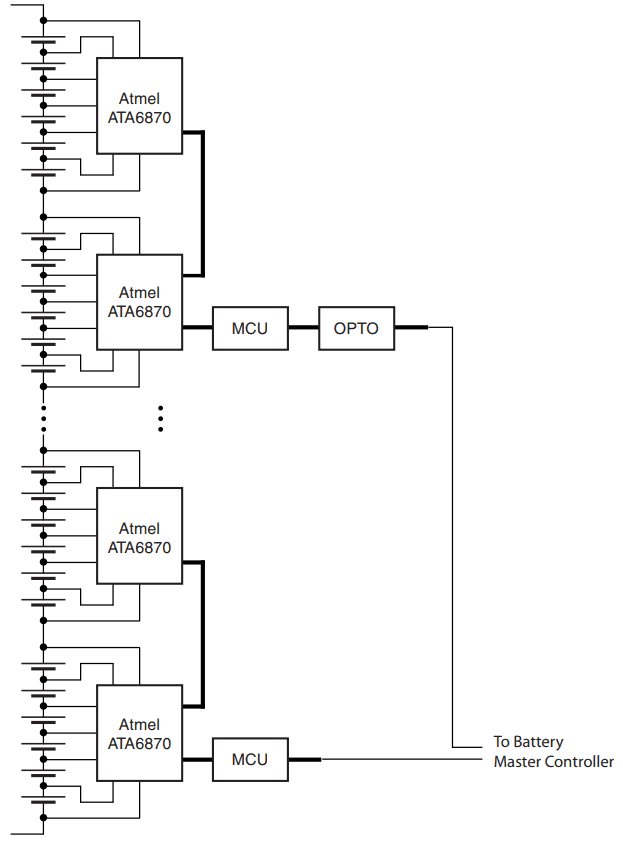 Whether you need a charge management controller and the MCP73831 datasheet for a single battery, or you need a more advanced charge balancer, use the complete set of search features in Ultra Librarian to find the components you need. The Ultra Librarian platform gives you access to PCB footprints, technical data, and ECAD/MCAD models alongside sourcing information to help you stay ahead of supply chain volatility. All ECAD data you’ll find on Ultra Librarian is compatible with popular ECAD applications and is verified by component manufacturers to help streamline your operations.

Relays vs. Transistors: Which Is the Correct Choice?

The Future of Charging Electric Vehicles

3D CAD Circuit Models: How to Use and Download

How to Test Electronic Components for Quality and Functionality